Chancellor “Levels Up” with us on Tax 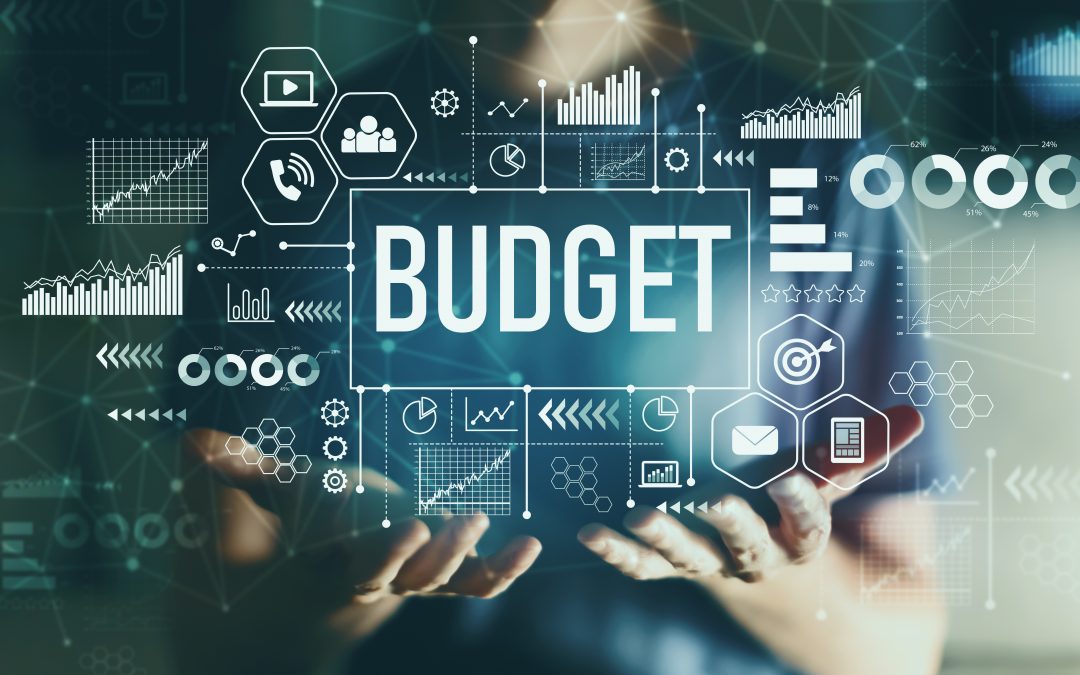 CHANCELLOR “LEVELS UP” WITH US ON TAX

In the Chancellor’s second real Budget on 3 March 2021 he announced that he had to level with people about the state of the UK economy.  Prior to Budget day there were fewer leaks than normal about possible tax changes. There were however announcements prior to Budget day of grants for High Street businesses and the hospitality sector and the widely predicted extension of the furlough scheme.

Rishi Sunak has chosen a fine line between raising taxes to start paying down the massive Government borrowings but at the same time stimulate economic recovery and save jobs. He was also mindful of pledges made in the Conservative Party manifesto not to raise income tax, VAT and national insurance. So that leaves corporation tax, CGT and inheritance tax…

Maybe he will delay the announcement of significant increases in taxation until later in the year as it is anticipated that there will be a further Budget in the Autumn. By then the economy will hopefully have started to bounce back.

It has already been announced that there will be important consultation documents issued on 23 March which will seek views on future tax changes. That may be when the expected reforms to CGT and IHT will be announced.

The current version of the furlough scheme that started on 1 November 2020 was scheduled to end on 30 April 2020. In order to avoid a “cliff-edge” with resulting widespread redundancies the chancellor has announced a further extension of the scheme and also a phased reduction in support to employers. The CJRS furlough grant for May and June will remain at 80% of the employees’ usual pay for hours not working but it will then be limited to 70% for July and then 60% for August and September.

This phased reduction will operate in a similar way as in September and October 2020 with the employer being required to contribute the remaining 10% and then 20% of an employee’s regular pay so that they continue to receive 80% pay for furloughed hours.

In addition to the 10% and 20% contributions employers will continue to be responsible for paying employers national insurance and pension contributions on the full amount being paid to employees.

Contact us if you need assistance with your CJRS furlough claims.

In line with the further extension of the CJRS furlough scheme for employees the chancellor has also set out further support for the self-employed. We had been waiting for the details of the calculation of the fourth SEISS grant covering the period to 30 April and we now know that the support will continue to be 80% of average profits for the reference period capped at £2,500 a month and can be claimed from late April. There will then be a fifth SEISS grant covering the 5 months to 30 September.

The chancellor has also bowed to pressure to extend the scheme to include certain traders who were previously excluded. Thus, those who commenced self-employment in 2019/20 will now be included provided they had submitted their 2019/20 tax return by 2 March 2021. This is potentially a further 600,000 traders.

Conditions for the fifth grant will be linked to a reduction in business turnover. Self-employed individuals whose turnover has fallen by 30% or more will continue to receive the full grant worth 80% of three months’ average trading profits, capped at £2,500 a month. Those whose turnover has fallen by less than 30% will receive a 30% grant, capped at £950 a month. We are awaiting further details of this fifth grant.

The UK corporation tax rate is currently one of the lowest rates of the G20 countries and the government states it is committed to keeping the rate competitive.

That should have the effect of encouraging companies to remain in the UK and companies to set up here. With other countries considering raising corporate tax rates the chancellor has announced that the UK will follow suit and consequently the rate will increase to 25% from 1 April 2023 where profits exceed £250,000. However, where a company’s profits do not exceed £50,000 the rate will remain at the current 19% rate and there will be a taper above £50,000. Businesses will however be able to take advantage of new tax breaks to encourage investment in equipment and an enhanced carry back of losses.

SUPER-DEDUCTION FOR INVESTMENT IN NEW EQUIPMENT

In order to encourage companies to invest in new capital equipment the chancellor announced a radical new “super-deduction” of 130% where they invest in new plant. This would mean that when a company buys plant costing £10,000 they would qualify for a £13,000 deduction in arriving at business profits. The new deduction, which will run for two years from 1 April 2021, will not be available for motor cars. Certain assets such as fixtures in buildings will only qualify for 50% relief in the first year instead of the normal 6% writing down allowance.

Many businesses will have made a loss in the last year as a result of the Coronavirus pandemic and the difficult trading environment.

Trading losses can normally only be set against profits of the preceding accounting period or previous tax year in the case of unincorporated businesses.

The chancellor has announced that the carry back period will be temporarily increased to three years thereby enabling the business to obtain a tax refund. For companies this will apply to loss making accounting periods ending in the period 1 April 2020 to 31 March 2022. For unincorporated traders, the extended loss relief will apply to losses incurred in 2020/21 and 2021/22.

NO CHANGES TO INCOME TAX RATES AND PERSONAL ALLOWANCE FROZEN

The basic rate of income tax and higher rate remain at 20% and 40% respectively, and the 45% additional rate continues to apply to income over £150,000.

The personal allowance and higher rate threshold have been increased in line with inflation to £12,570 and £50,270 respectively for 2021/22. These thresholds will then be frozen until 2025/26 possibly yielding an extra £19 billion for the government.

There had again been rumours that the dividend rate might be increased, but dividends continue to be taxed at 7.5%, 32.5% and then 38.1%, depending upon whether the dividends fall into the basic rate band, higher rate band or the additional rate band. Note that the first £2,000 of dividend income continues to be tax-free.

The national insurance contribution (NIC) rates and bandings were announced 16 December 2020 to take effect from 6 April 2021.

In order to continue to support businesses and jobs in the hospitality sector, the reduced 5% rate of VAT will continue to apply to supplies of food and non-alcoholic drinks from restaurants, pubs, bars, cafés and similar premises across the UK until 30 September 2021.

The 5% reduced rate of VAT will also continue to apply to supplies of accommodation and admission to attractions across the UK.

The VAT registration limit normally goes up each year in line with inflation but will remain at £85,000 for a further two years. Arguably this makes it easier for businesses to assess whether or not they are required to register for VAT as it is no longer a moving target.

The government has confirmed that the requirement to maintain accounting records in a digital format and submit the data to HMRC electronically will be extended to all VAT registered businesses from 1 April 2022 regardless of the level of taxable supplies.

The grants are intended to be a contribution towards the fixed costs of the business during the period that they have been unable to trade normally. Staff costs continue to be covered by the CJRS furlough scheme.

Unfortunately, the “Eat out to Help Out” scheme will not be reintroduced this Summer.

The government have already announced a longer repayment period for “Bounce-back” and CBIL loans. From 6 April 2021 a new Recovery Loan Scheme will provide lenders with a guarantee of 80% on eligible loans between £25,000 and £10 million to give them confidence in continuing to provide finance to UK businesses. The scheme will be open to all businesses, including those who have already received support under the existing COVID-19 guaranteed loan schemes.

Last March in order to stimulate the housing market the Chancellor announced a temporary cut in Stamp Duty Land Tax for home buyers across England and Northern Ireland which was scheduled to last until 31 March 2021.

This has now been further extended until 30 June 2021 so that transactions in progress will continue to benefit from the reduced rates.

As a transitional measure from 1 July 2021 the Nil Rate Band of Residential SDLT in England and Northern Ireland will then decrease to £250,000 for 3 months until 1 October 2021 when it will revert to £125,000 for purchases completed on or after that date. There has been no change to the SDLT rates above the Nil Rate Band. The 3% supplementary charge for second and subsequent homes in England and Northern Ireland will continue to apply.

Note that there are different rates of tax on property transactions in Scotland and Wales as such taxes have been devolved in those countries.

Another measure announced to stimulate the housing sector is a new 95% mortgage scheme guaranteed by the government that will mean that people buying a house will only need a 5% deposit where the purchase price is no more than £600,000.

Starting in January 2022 there will be a new “flexi-job” apprenticeship which will allow individuals to work for more than one company via an agency.

The “Kickstart” Scheme announced in the Summer 2020 Plan for Jobs will continue to be available for the 2021/22 academic year to create 6-month work placements aimed at those aged 16-24 who are on Universal Credit and at risk of long-term unemployment. Employers who provide trainees with work experience will continue to be funded at a rate of £1,000 per trainee.

In eight locations around England there will be generous tax breaks to encourage businesses to locate there. These tax breaks include an exemption from SDLT, 100% first year allowances on plant and a 10% per annum structures and buildings allowance.